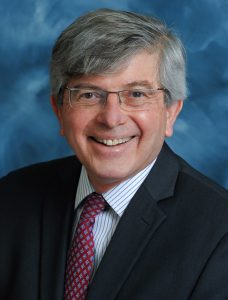 Dr. Robert M. Stein is a board certified Cardiologist and a member of the Graybill Medical Group Hospitalist Team. As a Hospitalist, he specializes in the care of patients who are admitted to the hospital. Graybill’s Hospitalist Team includes board certified physicians who have undergone special training and are experienced in the complexities of in-patient care.

After serving as a cardiologist in the U.S. Army, Dr. Stein began practicing in North San Diego County in 1976 as a staff member at Palomar Hospital. In the ensuing years he served as the hospital’s Chairman of the Department of Medicine; Medical Director, Cardiac Services; Chief of Staff; Co-chair of the Palomar Health Physician Utilization Review Committee. He has also been an instructor of Advanced Cardiac Life Support at both Palomar and Pomerado Hospital.

Dr. Stein is a former president of the San Diego affiliate of the American Heart Association and served as a board member for over twenty years. As a subcommittee member of the National AHA’s Get with the Guidelines initiative, he made countless presentations about heart health to groups throughout the country. Today he continues to speak on cardiovascular topics to community groups and healthcare professionals.

What does this mean?